Services are run by the Ministry of Health in Zanzibar City

The services are based in Kidongo Chekundu Hospital in Zanzibar City.

There  are male and female wards, a locked male ward, an occupation therapy department, outpatient clinics and a methadone clinic.

Growing bananas in the hospital 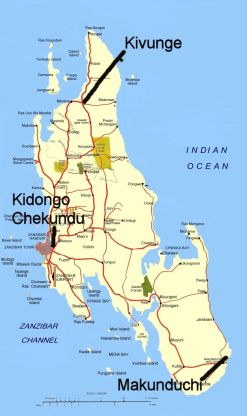 Health Improvement Zanzibar(HIPZ)  leases the hospitals from the Zanzibar Ministry of Health for a period of ten years. The statutory responsibilities of the State are not being replaced as the local staff, salaries, basic utility and other services are still provided  by the Government.

HIPZ has developed a nurse-led clinic model using the evidence-based WHO “MH-Gap” guidelines. Makunduchi nurse Pandu underwent a 6 month bespoke training programme, supported by HIPZ, before taking on the clinic as an independent nurse psychiatrist.

nThe clinic at Makunduchi has now seen over 160 patients with conditions including schizophrenia, depression, anxiety and sleep disorders. The clinic also treats many children and adults with epilepsy.

HIPZ lease the hospital from the Ministry of Health

A group of Norwegian Tourists on a guided tour

In April 2016, following the success of the Makunduchi clinic, a parallel clinic was launched at Kivunge hospital. HIPZ staff are  now facilitating so many patients being treated closer to their communities, as well as giving them enough time in their appointments to receive more tailored diagnosis and treatment.

There are primary Health Care Clinics in isolated villages across the island.

These allow patients themselves to be seen in their local community.

The budget of the MOH is not sufficient to provide fuel and medication to visit the clinics on a regular basis.

Patients from the outlying villages find it difficult to attend the 3 main hospitals. They have a long journey by Daladals to get there and back which takes all day

Most of the people seen in clinics are the parents of the patient. They cannot afford the Daladala fare to bring the patient (usually about 30p each way)

Many of the rituals are tied up with their Muslim faith, for instance writing sentences from the Koran on the inside of cups and allowing the liquid to dissolve them.

It also includes making potions from roots and plants to drive away spirits.

The inclusion of epilepsy in mental health services may derive from the belief that both are the result of possession by spirits.

In Africa and Latin America, paranoid delusions and hallucinations are often triggered by an intense fear of magical persecution and witchcraft.

These conditions are real within the cultures in which they occur – pain and physical symptoms are experienced – even though no physiological basis for them has yet been described. 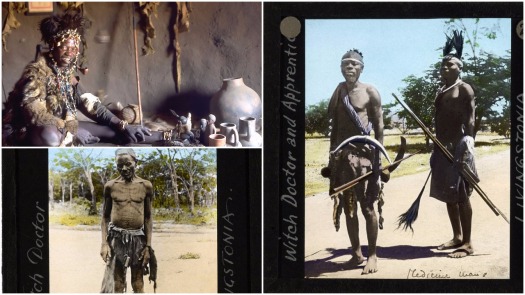 Click HERE to listen to a BBC report on the role of witch doctors in mental health services in Zanzibar in ‘From Our Own Correspondent’.